AE2S Nexus has published the 2018 edition of its annual Utility Rate Survey. We would like to thank the 311 participants this year. AE2S Nexus received responses from 135 systems serving populations 5,000 and greater, 115 systems serving populations less than 5,000, and 61 regional/rural systems.  Survey data was solicited from utilities in Iowa, Minnesota, Montana, Nebraska, North Dakota, South Dakota, Utah, Wisconsin, and Wyoming.

Two survey reports have been prepared: one for systems serving 5,000 people or more, including systems in the Minneapolis/St. Paul metro area; and a second survey for systems that serve fewer than 5,000 people, as well as Regional/Rural Water Systems. In appreciation for volunteering to provide survey information, each participant receives a hard copy of the complete report.

Of the survey respondents serving greater than 5,000 people, 30 are among those in the Minneapolis/St. Paul metro area that receive wastewater services from the Metropolitan Council – Environmental Services. Results from the metro area respondents indicate that 63 percent of the responding systems implemented an increase to water rates in 2018. For the same group, 73 percent of wastewater systems and 63 percent of stormwater systems increased rates in 2018.

Among the 105 respondents from the non-metro systems serving populations greater than 5,000 people, 52 percent reported water rate increases in 2018, while 46 percent of wastewater systems and 35 percent of stormwater systems increased rates. The average percent increase for each utility by population is shown in Figure 1 for metro and non-metro systems serving 5,000 or more people. 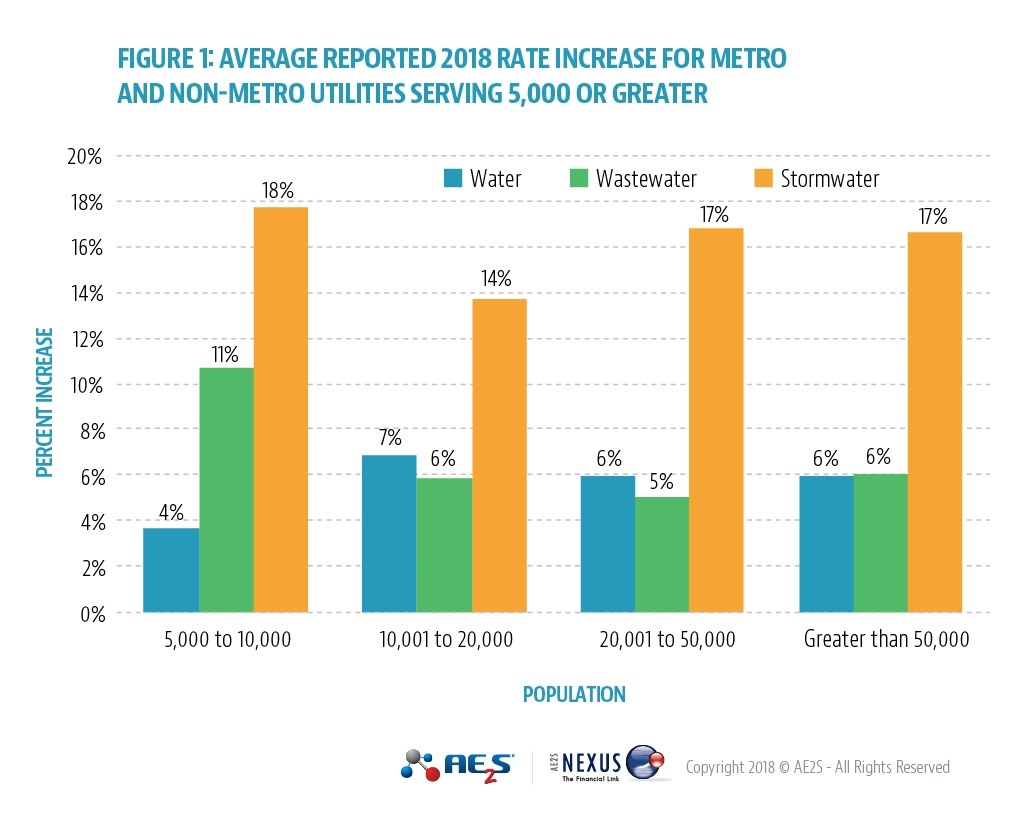 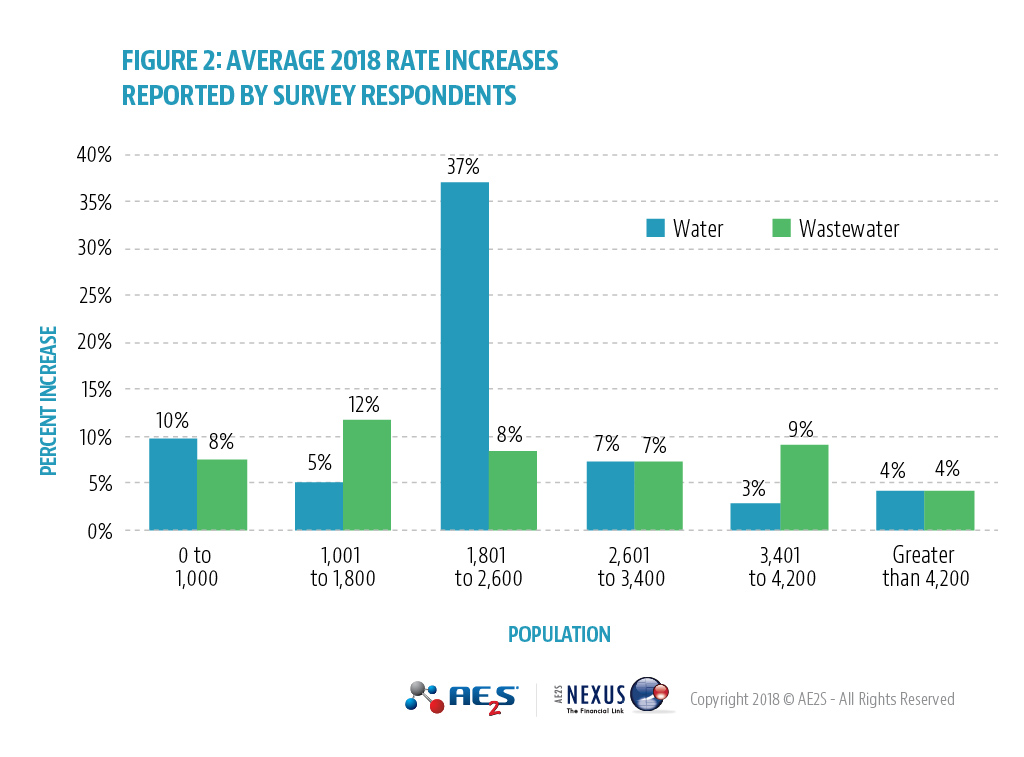 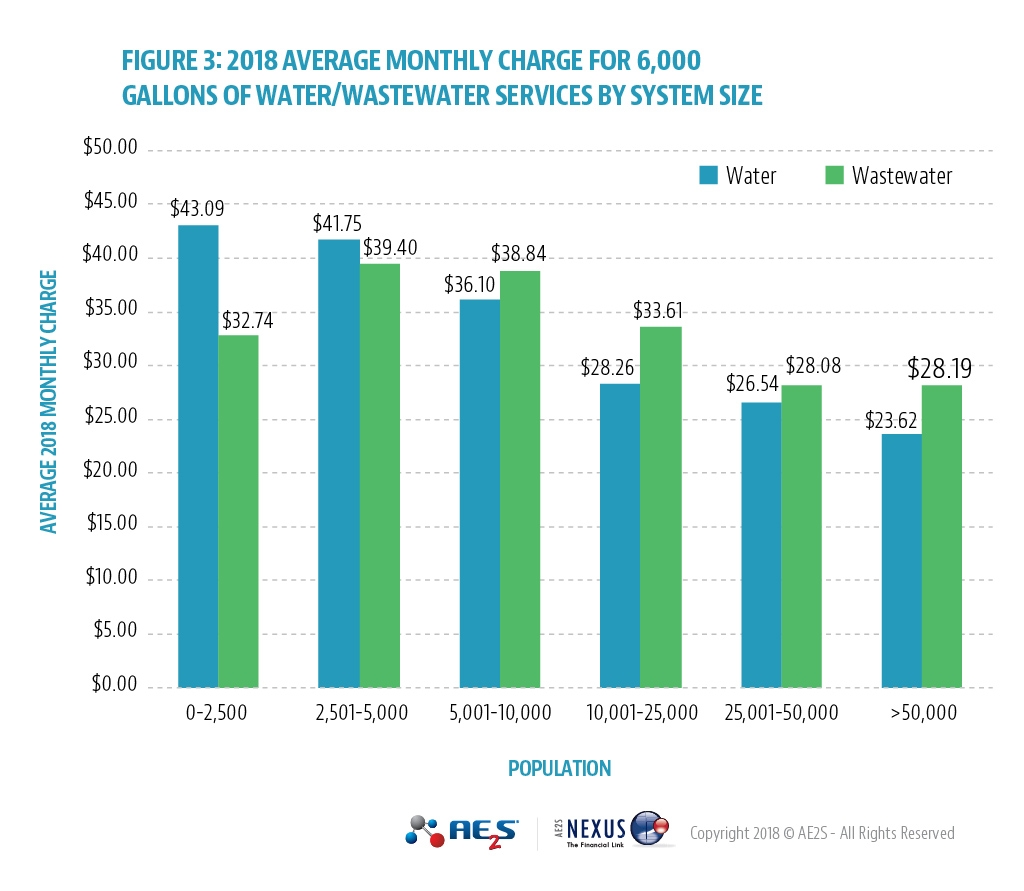 A summary of historical results reported by Regional Water System rate survey participants since 2008 is provided in Figure 4, which shows the average median reported charges for 6,000 gallons of water each year. The number of respondents to the survey is indicated above each year. 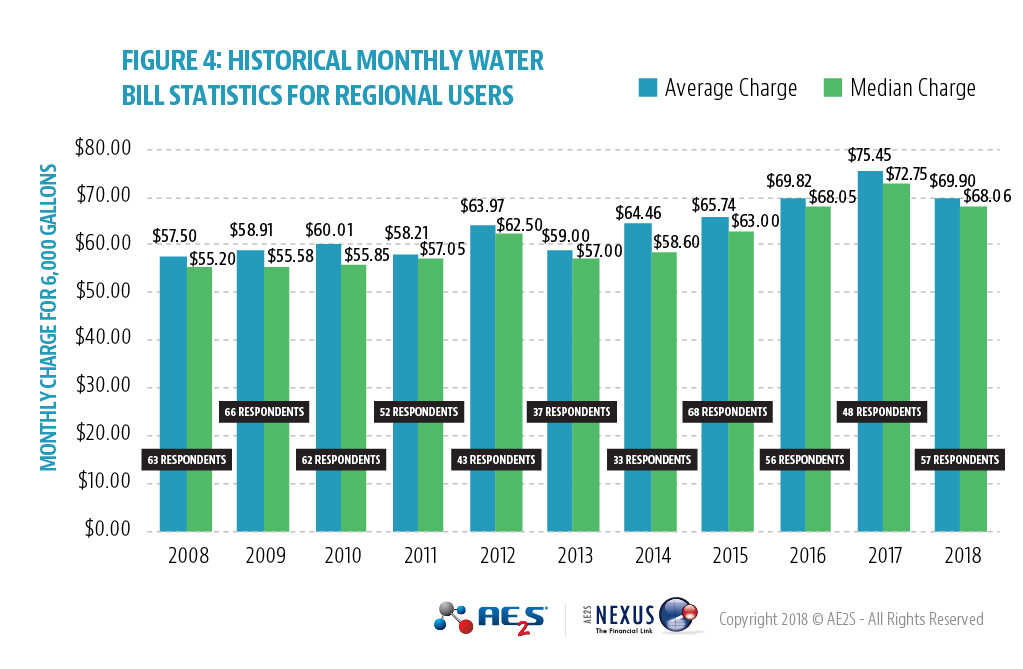 From a historical perspective, the average water and wastewater charge for 6,000 gallons in our region from 2002 to 2018 has climbed at a rate higher than inflation, based on the Consumer Price Index for All Urban Consumers (CPI-U). Figure 5 illustrates the change in average charges for 6,000 gallons of water and wastewater service since 2002 for systems serving greater than 5,000 people (including the Minneapolis/St. Paul metro area).  Figure 6 indicates similar information for systems serving less than 5,000 people since 2006. The results illustrate the challenge that utility managers and policy makers continue to experience in meeting financial demands on system operations, while striving to minimize user charge increases. 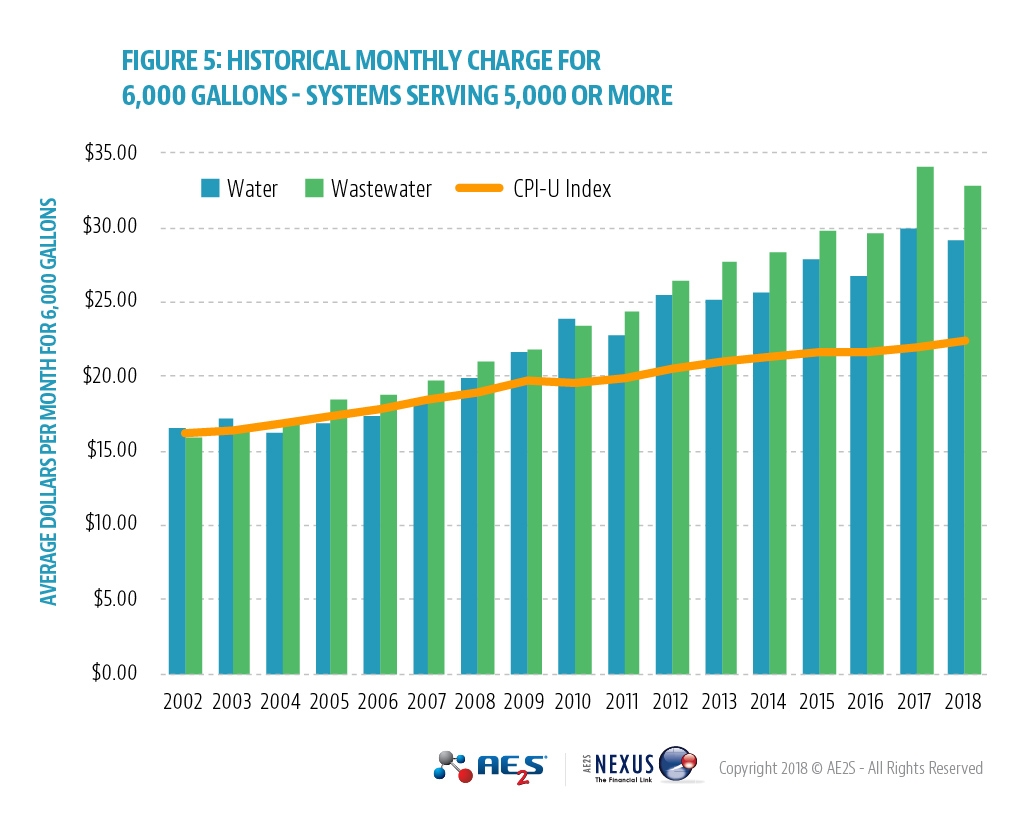 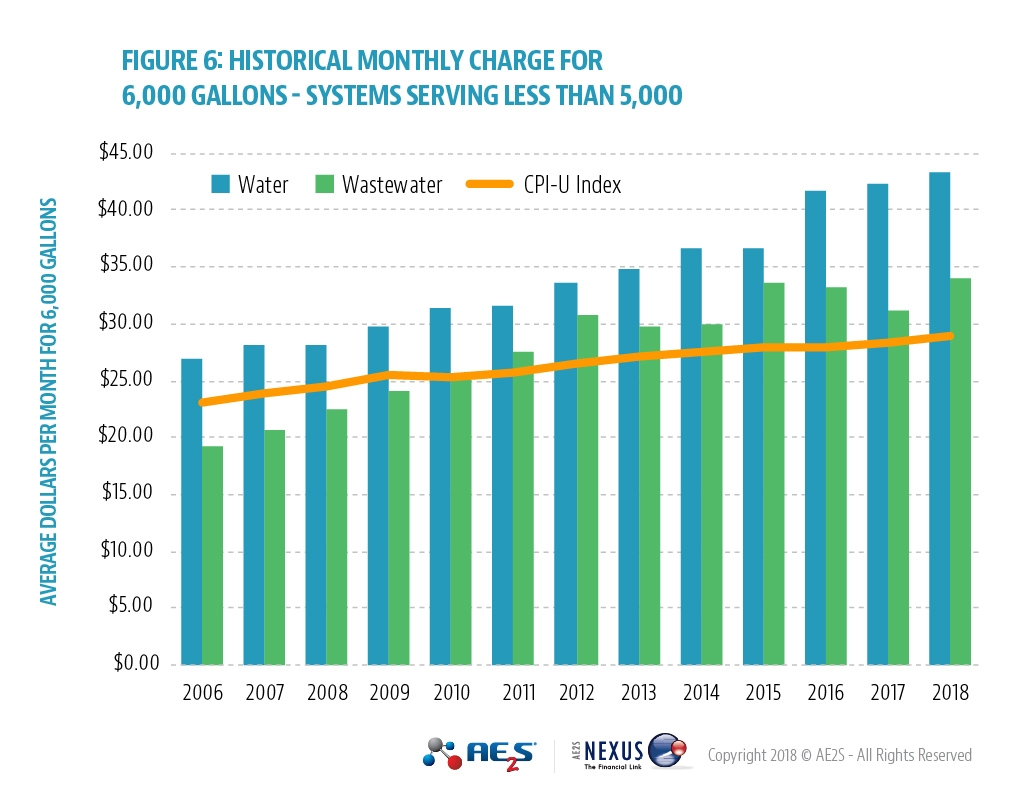