Curbside trash collection charges were reported by 126 of the 285 respondents, approximately 44 percent of the respondents.  A summary of the breakdown of reported monthly values is shown in Figure 1.  Reported monthly charges ranged from $1.00 to $46.50. Data represented in Figure 1 was provided by systems ranging in population from 100 to 413,000. 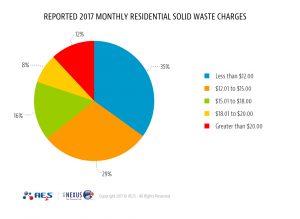 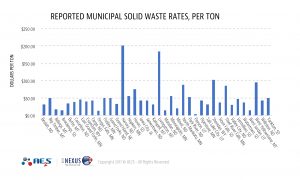 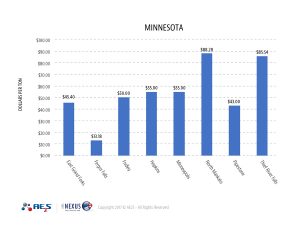 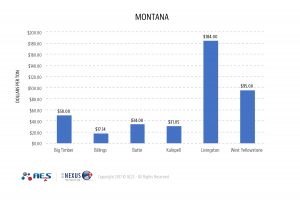 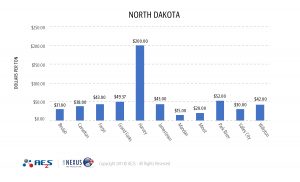 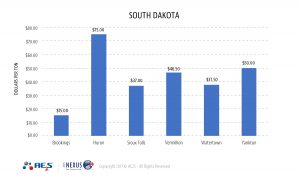 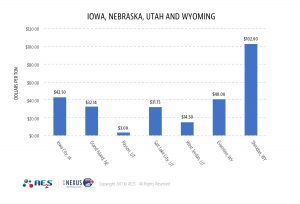